Home Sitters, Inc. of Osterville, MA, has gained third-year accreditation in the NHWA!

Home Sitters, Inc., of Osterville, Massachusetts, has gained Accredited Member status in the NHWA for the third consecutive year.

Owners Pete and Janet Barattini have been serving Cape Cod with Home Watch and caretaking since 1985. In 1998, they started Home Sitters, Inc. as a full-time business. They are fully committed to their customers, assuring them a beautiful summer on spectacular Cape Cod.

Pete’s previous career was with ADP Corp. He’s a member of the Barnstable Citizens Police Academy.

Janet runs the office and the lines of communication with their associates. Her family has lived on Cape Cod for many generations. She is a graduate of Bryant University.

Pete and Janet have been married for 25 years and have four children. 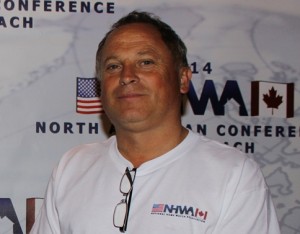 Home Sitters, Inc. serves Cape Cod. They can be reached at (508) 428-4471, or capehomesitters@aol.com. Or you can visit their website at www.capehomesitters.com.