Home Watch of Arizona of Scottsdale, Arizona, has earned Accredited Member status in the National Home Watch Association for the third consecutive year.

Co-owner John Hay graduated from Arizona State University with a business degree and a minor in real estate. He has spent the better part of his career in the real estate industry. John has worked not only in sales, but also as a homebuilder, apartment owner, and real estate tax consultant.

Debbie, John’s wife and business partner, graduated from ASU with a nursing degree and has spent her career working for Scottsdale Healthcare in many different roles. She is working with John on a part-time basis.

Many of John’s real estate clients over the years have been seasonal homeowners. Seeing the need for a trustworthy service, Home Watch of Arizona became a natural way to serve clients better and to build a business for Hay family’s future.

Growing up in Scottsdale, John has had the pleasure of watching the entire Phoenix metro area grow, and this has given him a deep understanding of not only the real estate industry in Arizona, but also the coming and going of the seasonal homeowners. Being an owner of a seasonal home in Canada, John knows firsthand how it feels to be in need of someone trustworthy to watch over a seasonal home. 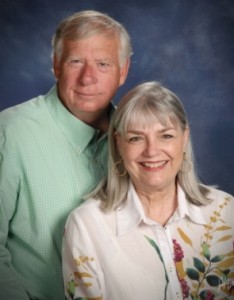