Pat Riess and Ed Schmidt started Ed & Pat’s House Watching in 2014 (it became an official LLC in 2016), when a few neighbors asked them to watch their houses in the summer while they went back up North. They were then approached by a gentleman who had a business watching houses in his retirement community, and who decided he was going to move out of state. He asked if they were interested in taking over his clients and assisting him in his move. They agreed to do both.

Once they started watching houses, they realized that in just their small community alone, there are over a thousand homes, 40 to 50 percent of which are seasonal. They figured that if done correctly, the could have a lot of work there, and the entrepreneurial juices started to flow.

Aside from the gentleman they moved, two other people who were doing Home Watch had decided to retire from it, and the door opened to establishing Ed & Pat’s House Watching.

They felt the only way they could do this was by making it a real business: forming an LLC, becoming insured and bonded, and joining the NHWA.

Ed & Pat’s slogan is, “Let Your House Be Our House,” the belief that with hard work, good things will come. They say their future is looking good! 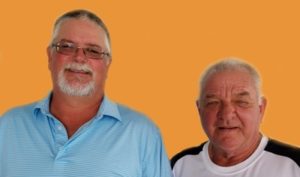