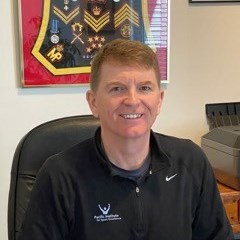 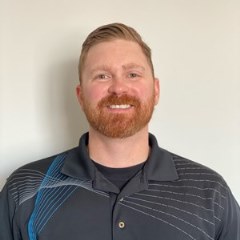 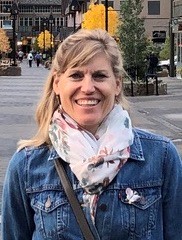 Airdrie Home Watch Services of Airdrie, Alberta, Canada, has earned accreditation from the NHWA for the second year.

Family team Bill and Ryan Young and Tracy Kennett look forward to meeting their clients and serving their needs as the company grows. Bill and Ryan are a father and son, and Tracy is Bill’s wife and Ryan’s stepmom. Bill and Ryan saw the need for unoccupied properties to be monitored by a good Home Watch service, so they established Airdrie Home Watch Services in 2020. Tracy has now begun doing Home Watch checks with Bill and Ryan.

Bill, Ryan, and Tracy have each earned the designation of Certified Home Watch Professional from the NHWA, adding them to the elite Home Watch providers in the industry. The CHWP designation shows their commitment to providing excellent service to their clients.

After more than 36 years in law enforcement across Western Canada, Bill retired and took a break. He then re-entered the workforce as a security advisor in the oil and gas industry. Bill is a licensed private investigator and security professional in both Alberta and British Columbia, having completed all necessary training requirements. He moved back to Airdrie in early 2020 to be closer to family.

Ryan is a career airline pilot who has lived in Airdrie for most of his life. He brings a strong background in developing standard operating procedures and checklists; he’s detail-oriented and has a security background as well. Ryan also looks forward to exceeding the needs of their clients and becoming part of the Airdrie small business community.

Tracy retired after a 27-year career as a police officer spanning three provinces. During her career, she worked in uniform, plain clothes, and undercover capacities in a variety of duties, including Major Crimes, Proceeds of Crime, and National Intelligence. Tracy ended her law enforcement career as the Officer in Charge of the NorthWest Region Performance Center, teaching Leadership and Management programs to the Royal Canadian Mounted Police in Western Canada. She received a Commanding Officer’s Commendation for saving the life of a man attempting suicide by grabbing him as he leapt off the edge of a bridge. Tracy also received the Queen’s Jubilee Medal and Long Service Medal with silver clasp. Post-retirement, she returned to college, entering the Sport and Fitness Leadership Program, where she graduated with honors. Acquiring further training, Tracy went on to lead an exercise program specifically for people with Parkinson’s Disease and another for people recovering from a stroke. She is a marathon runner and an Ironman, having completed the Ironman Canada race

Airdrie Home Watch Services serves Airdrie and surrounding Rockyview County, as well as Crossfield and Carstairs. You can reach them at (587) 999-2424 or bill@airdriehomewatch.com.