Aloha Home Watch Services of Bradenton, Florida, has earned Accredited Member status from the NHWA for the fourth year.

Bill says that living in paradise is something he feels privileged to experience daily, and helping seasonal residents experience this as well is his passion.

It was great talking Home Watch with Bill on my Florida tour in January. 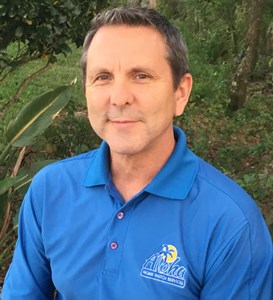