Aloha Home Watch Services of Bradenton, Florida, has earned Accredited Member status from the NHWA for the second year.

The inspiration for “Aloha” goes far beyond the simple greeting of hello or good-bye, and extends to its deeper meaning, which includes the desire to joyfully share life with others—the spirit of Aloha. Owner Bill Medred’s goal is to help homeowners achieve their dream of carefree, seasonal living by attentively overseeing their home in their absence. He gives their home the same attention he would his own.

Bill says that living in paradise is something he feels privileged to experience daily and helping seasonal residents experience this as well is his passion.

I had the pleasure of having cocktails and Home Watch conversation with Bill in Sarasota in February. 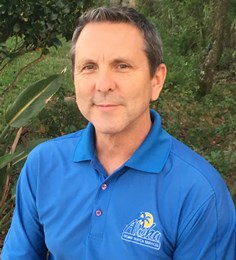