Alpine Home Watch of Breckenridge, Colorado, has earned Accredited Member status in the NHWA for the third consecutive year.

Owners Dwayne and Glori Cavin love their community and being able to contribute to it.

As a teen, Glori worked on her parents’ rental properties with her dad; she learned design, electrical, plumbing, and tiling skills. She later earned her degree in Business Administration. Dwayne grew up in the Colorado Mountains and worked a variety of maintenance jobs to put himself through college, where he got his degree in Mechanical Engineering. They met and married about 25 years ago; Dwayne went on to earn his Masters in International Business.

Their first home was a fixer-upper in California. They moved to Colorado and fell in love with Summit and Park County, where they invested in another fixer-upper; more investment properties followed which they remodeled, rented and maintained. Owning a home in the mountains is a great investment, but each has its unique set of problems.

After learning about the Home Watch industry, Glori and Dwayne saw it as a perfect fit with the skills and knowledge they have gained over the years. They started Alpine Home Watch with the motto, “Minimize the Risk, Maximize the Potential of Your Second Home.” 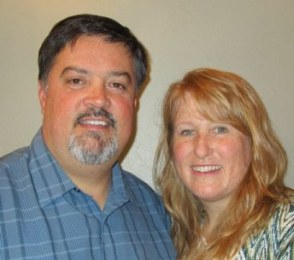 Alpine Home Watch serves Breckenridge, Blue River, Alma, Fairplay, and the surrounding areas of Colorado. You can reach them at (719) 334-3155 or AlpineHomeWatch@gmail.com. Learn more at www.AlpineHomeWatch.net.