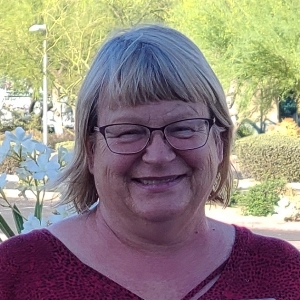 Owner Mary Chessik is originally from Alaska. She was raised in Birchwood Loop, which is located 25 miles north of Anchorage. After graduation from high school, Mary moved to Anchorage and worked as a waitress. She ended up working at a well-known steak house for seven years.

Mary later relocated to California and attended the Nick Harris Detective Academy. After receiving her certification, she moved to Seattle, where she opened her own private investigation agency, which specialized in criminal defense investigations. During this time, Mary’s parents had relocated to Lake Havasu City, Arizona, for the winters. After spending five years in Seattle, Mary was offered a job as an investigator for the Maricopa County Public Defender in Arizona. Twenty-one years later, Mary retired from the Maricopa County Public Advocate’s office.

Mary started Chessik Home Check because she feels it is a good way to provide service to the community. With her background as an investigator, she is proficient at multi-tasking and is detail oriented. As a homeowner for the last 20 years, Mary understands the value of a home that is well taken care of.

Mary is a graduate of the NHWA’s Home Watch Boot Camp and has earned the designation of Certified Home Watch Professional, which puts her into the category of elite Home Watch providers in the industry. The CHWP designation and Boot Camp training exemplify Mary’s commitment to attention to detail and Home Watch excellence.

While in Arizona, Mary found her passion: she is involved in dog agility and has been doing that for about 20 years. She started out with Little Moose, a big Chihuahua mix. He helped Mary find her way to the sport she loves. She trains and shows from October to March. Mary goes to classes with her dogs two to three nights a week. She has four border collies and has earned four national agility championships with her dogs.