Foran Realty Co., Inc., of East Dennis, Massachusetts, has earned Accredited Member status from the NHWA for the fourth year.

Anyone who believes in public service through charity and community service will understand why Patrick Foran finds success in anything he does. When you are the type to give back, the caring carries over. His Home Watch service is no exception.  Because he’s been in the real estate sales and vacation rental business for over 14 years, Patrick saw a lack of dependable people to keep an eye on the property of absentee owners in Dennis and the surrounding area.  One winter, an alarm went off at his parents’ home, alerting him to a flood. The emergency responders told him this happens a lot and that homeowners don’t discover these events until months later. Between this and the things he’s seen as a real estate broker, Patrick decided to offer Home Watch services as part of Foran Realty Co.

Born in Worcester—that’s pronounced WOOSTER, for non-Massachusetts speaking people—but raised on Cape Cod in Dennis, Patrick started volunteering and participating in town events at an early age. Returning to Worcester to continue the family tradition of attending Assumption College, he earned his degree in political science. He then returned to Dennis, where he became a licensed real estate and insurance broker and founded Foran Realty Co., one of the premier brokerages on Cape Cod.

The NHWA is proud to have a member who gives back to his community in not only philanthropic ways, but actually getting involved and making a difference. He has served on numerous local nonprofit organizations, as well as holding the position of Chairman of the Town of Yarmouth Finance Committee. He is a former president of the Harwich Dennis Rotary Club and a Paul Harris Fellow, which acknowledges his giving. He organized and served as co-chair of the Dana-Farber Great White Gala Against Cancer, which was an event held at the Chatham Bars in in 2016. The event raised over $200,000, and all proceeds went to the Dana-Farber Cancer Institute and Multiple Myeloma research. 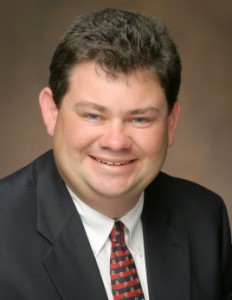 Keep up the good work, Patrick. You make us proud.