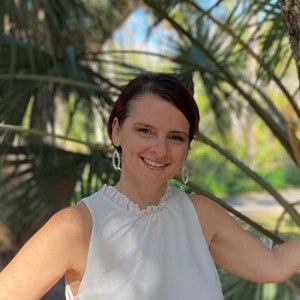 Here 4 You Home Watch of Bonita Springs, Florida, has earned accreditation from the NHWA for the third year.

Bret Carter grew up on Lake Champlain, located in Upstate New York. Growing up in a large family instilled the drive and determination to succeed in today’s business environment. He comes from a long family tradition of proudly serving in the Military; his parents were both Marines, and his grandparents were both in the Navy. There was never a doubt that Bret would also serve his country. He joined the Navy after college and served in Operation Desert Shield. His last military post was in Maine, where he met his wife, Sally. They have lived throughout Maine, Massachusetts, and Upstate New York. But like most people in Southwest Florida, they needed a break from the extreme cold and snow, and in 2011 they picked a spot on the map and decided to start their next chapter in Bonita Springs.

Throughout his career, Bret has managed group homes, hotels, direct-marketing companies, and retail management. In his spare time, he loves spending time with Sally and their two daughters and playing the occasional round of golf with friends. With the support and encouragement of his family and friends, Here 4 You Home Watch was born.

Bret is a graduate of the NHWA’s Home Watch Boot Camp and has earned the designation of Certified Home Watch Professional, which puts him into the category of elite Home Watch providers in the industry. The CHWP designation and Boot Camp training exemplify Bret’s commitment to Home Watch excellence.

Sally Carter grew up in Maine, just north of Portland. She attended Thomas College in Waterville and met Bret during her senior year. Sally has spent her professional life in customer service, sales, and marketing. She spent several years in Florida in the building industry, both residential and commercial. Sally is very active in the community and her daughters’ activities.

Sally and Bret are extremely family oriented and love that their girls continue to enjoy family time with them and their dog, Baylee.

I met up with Sally and Brett during my August Florida tour. Bret also participated in the NHWA’s North American Conference in October.