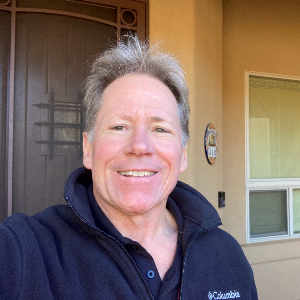 Home Watch Sedona of Sedona, Arizona, has earned accreditation from the NHWA for the second year.

A lifelong resident of Arizona, owner Garry Young was raised in the Phoenix area and is a graduate of Northern Arizona University. After a long career in the newspaper/advertising field, Garry started and built two Phoenix-based businesses: a pest-control company and then a weed-control company. During the 12 years of operating these two successful businesses, Garry was often asked by customers to “keep an eye” on their homes while they were away. That kind of trust and rapport led to the sale of his Phoenix-based companies, a move back to Sedona, and the establishment of Home Watch Sedona. According to Garry, “With the growing number of seasonal homeowners here in Sedona, I felt an opportunity existed to provide a much-needed service for those part-time residents.” His commitment to customer service and satisfaction, along with his attention to detail, sets his firm apart from the rest. Garry takes personal responsibility to inspect and care for every home as if it were his own.

Garry has resided in the Sedona (Village of Oak Creek) area for over seven years. In his spare time, he enjoys many outdoor activities; you might see him hiking or biking on the local trails. Garry has two grown children who reside in the Phoenix area. He is also a proud veteran who served overseas in the U.S. Army’s Military Police Corp.