Homewatch of Ocala, of Ocala, FL, earns second-year accreditation from the NHWA!​ 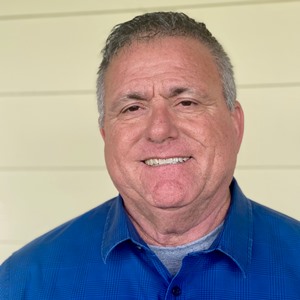 Homewatch of Ocala, of Ocala, Florida, has earned accreditation from the NHWA for the second year.

Owner Paul Duenas retired from Orange County Fire Rescue after 33 years as an engineer firefighter and paramedic. For the past 11 years, he has lived on a horse farm in Ocala with his wife, Carolin, who is an equine veterinarian. Together they also own and operate a small real estate rental company, where Paul works to rehab and maintain the rentals.

Paul’s interest in starting a Home Watch company began when he spent the summer looking after his in-laws’ house while they were vacationing in Europe. Not only did this make him understand the importance of having an honest and reliable person to look after things while the homeowner is absent; Paul also felt that the knowledge and skills he acquired both as a firefighter and as a house rehabber make him the perfect candidate for the job.

In his free time, Paul loves spending time with Carolin, his four children and four grandchildren, and hanging out at the beach. He is an avid tennis and golf player.

Homewatch of Ocala serves Ocala. You can reach Paul at (352) 390-4076 or at homewatchofocala@gmail.com. Learn more from his website, at www.homewatchocala.com.