I Watch 4 You of Scottsdale, AZ, earns Accredited Member status from the NHWA!​ 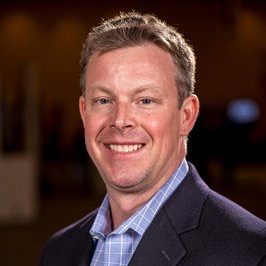 I Watch 4 You of Scottsdale, Arizona, has earned accreditation from the NHWA.

Owner Kurt Gruendler has been a resident of Scottsdale for more than 20 years. Having had an interest in real estate for many years, he saw an opportunity to help homeowners by forming I Watch 4 You, which provides Home Watch and premiere concierge services to the Valley of the Sun’s seasonal residents. Kurt has taken this role very seriously.

Kurt moved to Scottsdale in the early 90s to attend Arizona State University, W.P. Carey School of Business. He worked full-time while pursuing his degree in Marketing from ASU and graduated in 1996. After graduation, Kurt began his career in sales and marketing within the high-tech industry. During his 20-year tenure within the High-Tech industry, he worked for several Fortune 500 companies. Never feeling completely fulfilled, Kurt felt he needed yet another challenge and became an entrepreneur.

Kurt has been married for over 17 years to his Canadian wife. She moved to Scottsdale for a career opportunity in healthcare; they met each other shortly after and became best friends. They have a daughter and two Sphynx cats, named Coco and Dobby. Being a business owner provides Kurt with the flexibility to assist his aging mother, who is a stage 4 cancer survivor and seasonal resident of neighboring Fountain Hills. Kurt is dedicated to helping his family and providing the best service to his clients.

I Watch 4 You serves Paradise Valley, Desert Ridge, Kierland, Scottsdale, and Fountain Hills. You can reach Kurt at (480) 356-0438 or at kurtg@iwatch4you.com. Learn more from his website, at https://iwatch4you.com.