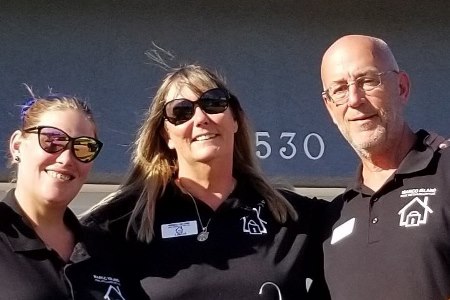 Marco Island Home Watch and Security of Marco Island, Florida, has earned accreditation from the NHWA for the third year.

Linda was a dental office manager for about 15 years, after raising their three kids. She is originally from St. Charles, Illinois.

Mike and Linda’s daughter Amy is also a part owner of the company, and during the off-season works doing Home Watch and handyman services.

Mike and Linda have been married for more almost 40 years. They have three children and eight grandchildren. Mike is also the Manager of the Salty Dog senior softball team and is on various boards as a director.