Methow House Watch of Winthrop, Washington, has earned Accredited Member status from the NHWA for the second year.

Watching over properties in the beautiful Methow Valley since 2016 has been the business of Derek Van Marter since getting involved with Methow House Watch. Derek and his wife, Nicole Ringgold, moved to the mountainous valley east of the crest of the Cascade Mountains after losing a house that they had designed and built to a fire. When he became aware of an existing Home Watch business in the valley that was started in 1996, Derek took over the business in 2016. In addition to his professional experience, Derek is able to put to use his home building and handyman skills as the owner of Methow House Watch. The Methow Valley is a recreational destination, where over half of the total dwelling units are second homes.

Derek earned a Master’s Degree in Public Administration from the University of Washington and a Bachelor of Science Degree in Public Affairs from Indiana University, after which he spent nearly 20 years as an impartial facilitator of environmental conflict resolution, successfully negotiating agreements in national, regional, state and local issues.

Derek and Nicole—whom he met in 1995 when they were both Peace Corps volunteers in Niger, West Africa—are active volunteers in the community, and serve on boards as directors and as patrollers with the National Ski Patrol. Derek also has a private pilot certificate. Nicole is a successful silversmith who sells her jewelry all around the world. 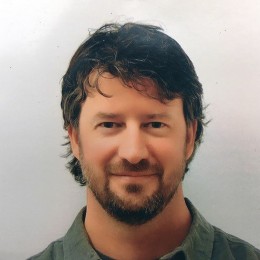 A little about the NHWA: The NHWA was formed in 2009 in order to establish and maintain the highest industry standards for Home Watch and absentee homeowner services throughout the United States and Canada (www.nationalhomewatchassociation.org).