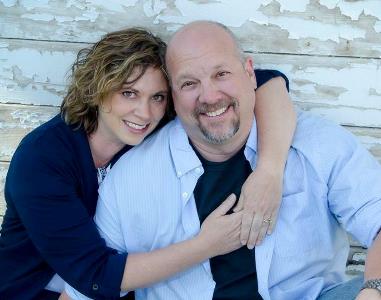 NoCo Homewatch of Longmont, Colorado, has earned Accredited Member status from the NHWA.

Founders Lee and Tanja Nelson enjoy calling Northern Colorado home. Married for more than 28 years, they bought their home in 2008 and settled in Longmont to give their family roots after exploring the world with the United States Air Force.

Lee was born and raised in Minnesota, serving more than 21 years in the Air Force, first in the intelligence field. He earned his Commission and his Master’s in Radar Meteorology, supporting weather squadrons for both the U.S. Army and Air Force around the world. Lee retired as a weather officer in 2007 and currently serves as project developer for a weather-sensing company in the Boulder Tech Center.

Tanja grew up in Central Wyoming and went on to get her degree in Elementary and Special Education, which allowed her to teach at each duty station while following Lee in his Air Force career. In 2017, she began serving others as a real estate agent. Tanja is very active in the community and loves connecting people and businesses.

As a real estate agent, Tanja has seen instances where deals stall or fall through because an unoccupied home had issues that caused major damage. This pushed closings back and bit into the profits from the sales. A friend of Tanja’s had been on a three-month cross-country vacation; when she got home three days before Thanksgiving, she discovered that a raccoon had decided to make her home his. Things like this caused Tanja to decide to do Home Watch.

The Nelsons enjoy traveling, spending time with their adult children and grandchildren, and serving in the worship ministry at their church. On weekends, Lee and Tanja front a popular classic-rock band, Unauthorized Absence, throughout the Front Range.

NoCo Homewatch serves the following Front Range areas, including but not limited to Berthoud, Boulder, Erie, Firestone, Frederick, Greeley, Johnstown, Lafayette, Longmont, Louisville, Loveland, Lyons, Niwot, Superior, and Westminster. You can reach Tanja and Lee at (720) 491-1880 or at nocohomewatch@gmail.com. Learn more from their website, at www.nocohomewatch.com.