Protect and Serve Home Watch of Clearwater, FL, earns accreditation from the NHWA!​ 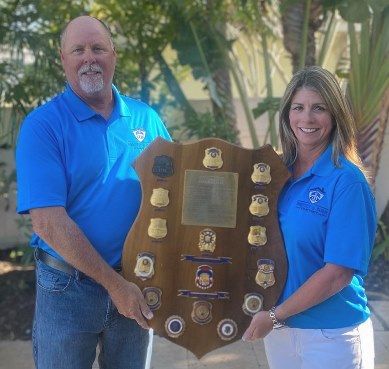 Protect and Serve Home Watch of Clearwater, Florida, has earned accreditation from the NHWA.

Owners Tom and Misha Kelly both began their careers with the U.S. Secret Service, where protection and critical observations were paramount in their career training. After the terrorist attacks on September 11th, 2001, Tom was recruited to become a Federal Air Marshal, where he finished out his career in 2013. Misha also transferred in 2001 from the Secret Service to the Office of Inspector General, investigating fraud for the Social Security Administration. Misha and Tom decided to escape the Washington, D.C., Beltway when Misha got an opportunity to relocate with her agency to Clearwater in 2013.

Tom and Misha are now retired from federal law enforcement and decided to “protect and serve” in another way. They wanted to pursue opening a Home Watch business several years ago, when they found themselves performing many concierge requests and property management for their snowbird neighbors on Clearwater Beach. Tom and Misha also witnessed a friend have the misfortune of a flooded boat caused by heavy rainfall and a faulty sump pump breaker. Unfortunately, the insurance company disputed the claim, claiming neglect and faulting the homeowner, who had not checked the breaker. Misha recognized that this could have been prevented had the friends had a Home Watch service.

Finally, with the time to pursue their business plan and second career dream, Protect and Serve Home Watch is born. Tom and Misha hope they can help their clients prevent potential similar catastrophes and provide them with the free time to enjoy some of the best beach areas along Florida’s Gulf Coast.

Over the past nine years, Tom and Misha have fallen in love with the Gulf Coast and have integrated themselves into the surrounding beach coast communities. In their spare time, Tom and Misha enjoy boating on the Intracoastal, entertaining friends, fishing, golfing, gardening, biking on the Pinellas Trail, and spending time with their two Parson Russell terriers.