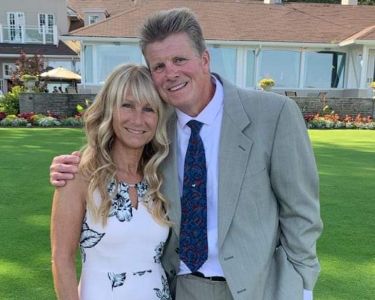 Secure Coast Home Watch of Clearwater, Florida, has earned accreditation from the NHWA for the seventh year.

Victoria Hill is a native Floridian. She met her husband, John, a hockey player and firefighter from Toronto, and they started a life together in Canada when they got married in 1992. They became absentee homeowners when Victoria left her home in Largo to move to Canada. Their home was empty most of the time, and they experienced all the issues that go along with being long-distance homeowners: all kinds of malfunctions and infestations, as well as mold. Being 1500 miles away, arranging for maintenance and other services, was almost impossible; it became obvious that they needed an advocate.

After retiring from 32 years as a firefighter, John, along with Victoria and their two daughters, relocated to Clearwater. Having experienced the issues that most absentee homeowners do and knowing the type of help they had needed while they were in Canada, performing Home Watch was a foregone conclusion. John and Victoria would be advocates for people just like themselves. Because John had investigated fires and had to make snap life-and-death decisions, and since Victoria dealt with her physiotherapy patients and their confidentiality on a daily basis, theirs would be a unique take on Home Watch.

John and Victoria are active members of the NHWA. They attended their first conference so they could meet people and gather as much information as possible before they began operating. John has earned the designation of Certified Home Watch Professional from the NHWA, making him one of the elite Home Watch providers in the industry. The CHWP designation shows John’s commitment to providing excellent service to his clients. He is also one of our Home Watch Boot Camp instructors.

I always see John and Victoria when I travel to Clearwater, and it was great to see them last June.