South East Florida Home Watch of Pompano Beach, Florida, has earned accreditation from the NHWA for the third year.

Originally from Ohio, owner Chris Yambor has been a resident of South Florida for over 50 years. He is a 1977 graduate of Deerfield Beach High School and has over 40 years in the service business. After being in customers’ homes each week for pool services and seeing first-hand what can happen to a property that is not being checked on, Chris decided to go into the Home Watch business. Over the years, he’s seen broken windows, open doors, sunken boats, and people on the property who weren’t supposed to be there. Chris would alert the homeowners as to what was going on, and he realized how valuable and necessary a Home Watch service is.

Chris also had a second home where he used a Home Watch service. It was a disaster! The house developed mold, and he was paying for a service he was not receiving. Chris felt he could do a much better job. Chris knows the environment in South East Florida and what people want when they are away from home. He is dedicated to customer satisfaction.

Chris also believes in giving back to the community. He has been a volunteer coach in Little League baseball for over 20 years. An avid sports fan, he also enjoys traveling and music.

I got to meet Chris while on my Florida tour in January. 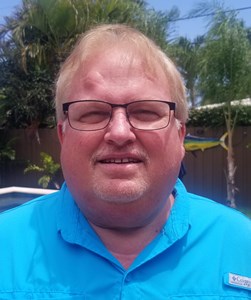 South East Florida Home Watch serves Fort Lauderdale north to Deerfield Beach, from the ocean to I95. You can reach Chris at (954) 579-6448 or at chris.seflhomewatch@gmail.com. Learn more at his website, www.southeastfloridahomewatch.com.