Suncoast Home Concierge Services of Sarasota, Florida, has earned Accredited Member status from the NHWA for the third consecutive year.

In 2011, owner Joel Pye relocated from Toronto, Canada, to Sarasota, Florida. He had visited Sarasota every year for 25 years, and he always felt it was his home away from home. He knew that eventually he would live there. He formed Suncoast Home Concierge Services in 2012, with the intention of assisting seasonal residents with their Sarasota area second homes. Having previously owned a second home in Sarasota, he was familiar with the challenges that long-distance home ownership presented. Many permanent residents also call on Joel to assist with projects around their homes.

As a former Vice President of Operations and Logistics with a multi-national company for 22 years, his problem-solving and relationship-building skills fit in beautifully with his new company.

One of Joel’s many hobbies is gardening; since 2012, he has volunteered in the horticulture department at the prestigious Marie Selby Botanical Gardens in Sarasota. He has learned a great deal through his experiences there and loves passing that information on to his clients.

We had the pleasure of meeting Joel at the NHWA’s 4th Annual North American Conference in September. 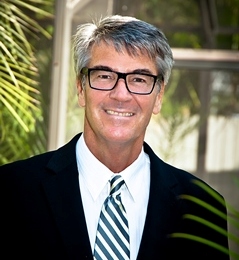