The House Watchers of Winchester, MA, earns accreditation from the NHWA for the fifth year!

The House Watchers of Winchester, Massachusetts, has earned accreditation from the NHWA for the fifth year.

Owner Frank Fantasia has been a resident of Winchester, MA, for over 40 years. His military career began in 1970, after graduating from Boston College and being commissioned a second lieutenant. He is a graduate of the U.S. Army Command and General Staff College. He retired as a colonel after serving 30 years in the United States Army. During that time, he served on active duty and in the active reserves in numerous capacities in the field of logistics, operations, planning, mobilization and training. He maintained a “Top Secret” security clearance. He is both a Vietnam-era and Desert Shield/Desert Storm-era veteran. He also holds a Master’s in Public Administration degree from Northeastern University.

Frank’s civilian career began in 1973, after he was released from active duty. He initially worked in the healthcare administration field before moving into retail management. He started as a management trainee and advanced to district manager, supervising a territory covering New England and New York. He was responsible for expanding operations from 12 to 23 retail locations. The next phase of Frank’s career led him to the high-tech industry, where he spent 30 years. He held positions in customer service, sales support, program management, and logistical strategic planning. From there he moved on to serving in a management role in service planning and readiness. Frank concluded his high-tech career focusing on customer support management, partner management, business development, and field customer service.

Frank has earned the designation of Certified Home Watch Professional. The CHWP designation shows his commitment to providing excellent service to his clients. Frank is also one of the NHWA’s Home Watch Boot Camp instructors. He was a presenter at the NHWA’s 2019 North American Conference in May of this year.

Frank is involved in many civic associations, including as a Board member of the Winchester Chamber of Commerce. He is also an avid runner, having completed in the Boston Marathon 17 times and run the past 15 years as a member of the Miles for Miracles team which provides financial support to Boston’s Children’s Hospital. Frank and his wife, Jane, have two sons and five grandchildren. 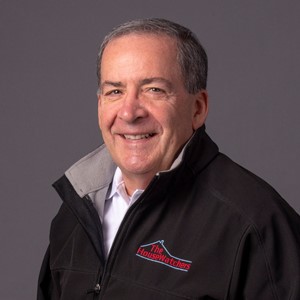 The House Watchers serves the following towns within the 128 Route area: Winchester, Medford, Arlington, Lexington, Woburn, Stoneham, Wakefield, Reading, Wellesley, Weston, Melrose, Wakefield, Belmont, Cambridge, Somerville, and Wayland. They can be reached at (781) 729-3447, (508) 472-7926, or at info@house-watcher.com. You can visit their website at www.house-watcher.com.